Slatted platforms are most likely your best option for mattress support. However, this is not to mean that the style is without flaws. Over time, the slats beneath your mattress or box spring may deform or even slip and fall to the floor. As a result, learning how to strengthen bed slats is in your best interests.

How to Make Bed Slats Stronger

1. Cover the slats with a box spring or plywood

If you are currently sleeping with your mattress directly on the slats, you may want to reconsider bringing in a short box spring or even thick plywood. Including that kind of extra unique layer into the mix should spread the weight you place on the mattress over the surface.

It will also redistribute pressure on the slats, making them less prone to bending or slipping.

For further strength, you can screw or nail the plywood to the bed frame and slats. Remember that it must be at least three-quarters of an inch thick to survive the impact.

2. Securing the Bed Frame and the Bed Slats

Because we’re already discussing screws and nails, it is probably good to think about attaching the slats to the bed. Drilling two screws through both ends of each slat should enough. Of course, slats can be detrimental to your mattress even without any metal parts protruding from them. Keeping this in mind, you may wish to countersink those nails/screws into the wood.

From another view, you can simply glue the slats to the bed frame’s supports rails on the inside sides. This should keep the slats from shifting around and reduce sagging. However, if this is a major issue, you may need to include some form of central support.

If you do not wish to permanently attach the slats to the bed frame for whatever reason, it’s alright because there are less invasive methods to keep them from shifting. Spacers, for example, can be installed between each plank.

Simply acquire some boards that are roughly the same thickness as your slats and the same width as the side rails that hold them. After that, cut them into pieces the length of the space you want between your slats. You’ll finish up with a slew of spacers that are 1.25 inches wide (the normal width of side rails), 2-3” long, and three-quarters of an inch thick.

Once you have all of the pieces, you can begin putting the bed slats on the rails each of them at a time, spacing them with spacers as you go.  When you’re satisfied with the appearance of your slats, apply some glue (wood glue preferably) to the bottom of individual spacer and press it back into place. Clamps can also be used to keep the components in place.

On that same note, or in addition, you can go ahead to screw the parts in place for added security. When you complete fitting the spacers and slats, they will never slip and slide from their positions.

4. Increase the Number of Slats for the Bed Frame

You might want start thinking about putting the slats closer together before beginning the installation of the spacers. Keep in mind that the more slats you have, the more stable your mattress platform will be. Reduce the gaps between the slats to offer greater support – especially if your mattress sits directly on top of the slats.

You may need to do a little bit of calculation now to determine how many slats you need to install. First, measure your slats and determine the type of wood they are composed of. This will assist you in obtaining matching planks. You should also collect the interior measurements of your bedframe if you intend to maintain the spacing even.

Once you have come up with the accurate value, you may calculate the overall space between the slats. To begin, multiply the number of your bed slats needed by their width. Subtract that figure from the rail’s length and divide that by the total number of the bed slats while adding two (the spaces between your first and last slats). This will give you the accurate or exact width of the gaps you will need if you want the spacing to be even.

Once you have come up with a number for slat gap width and have it in mind, you may work backward to determine the total number of slats you need to add to the platform.

For instance, you may want approximately an inch of spacing between your 3-inch-wide slats if you’re dealing with a 78-inch-long rail.

Consider strengthening your existing slats before outright replacing them. At this stage, you should be able to tell if any of the slats have begun to sag. You already know how to solve this problem by dispersing the weight on the boards. If you can’t fit any more slats into the inner rails, you can aid the ones you have by adding center support.

You’ll only need a four-inch-wide sturdy plank and a minimum of three support legs. Screw two legs to each end of the plank and another one in the center. If you need your makeshift beam to be more strong, move the end legs to the right and the middle leg to the right.

Once you’re finished with the beam, extend the legs to reach the height of your bed slats.

Finally, remove the slats, allowing the beam to be positioned in the center of the bed frame before replacing everything, along with the mattress. The middle of your bed should by now be significantly firmer than it was previously.

If the slats on your bed have bent beyond repair, you should consider replacing them. The measurements you took before should come in handy at this point. But how can you be certain that the new slats will not let you down?

The substance they’re constructed of is the first thing you should think about.

It’s likely that the wooden slats in your current bed frame are made of pine wood. Yellow pine’s texture makes it an extremely durable slat material since it won’t break under strain.

However, depending on how much weight you’re placing on your bed, you may need to consider different options. Some people like beech, birch, or oak planks, for example.

Of course, the type of wood from which your slats are constructed has no bearing on their strength.  You must also take into account their measurements. As you might expect, thicker slats tend to last many years than narrower slats.

On that same note, the planks’ width has a significant impact on their stability. Narrow boards, for all, will tend to slip from the rails more easily.  Take all of this into consideration while shopping for new slats.

Metal slats may be the next best alternative if you own a box spring mattress. Metallic slats are extremely strong and rarely squeaks. For platform beds without a box spring, you might have to keep off because it’s not a cost-effective option. This is due to the fact that a mattress cannot be mounted on a platform with gaps wider than 3 inches, which is a stretch for foam mattresses.

Taking that approach would necessitate a large amount of pricey metal. However, because a box spring generally has fewer slats, it may be a viable option. In the option that best suits your needs, follow the steps outlined above.

Square metal tube can be purchased at your local hardware store. If you pick a machine shop, they will cut the metal at the length you desire.

You’ll need a grinder, a circular saw that has a metal blade, or a hacksaw, as well as a lot of sweat and tenacity, if these services aren’t available at your local hardware shop.

8. Go for a Thicker Mattress

A thick mattress with more layers does not sink easily to cause pressure on bed slats. Instead, its firmness redistribute body weight to all the bed slats. That makes them to carry the weight of the sleeper in an almost equal fashion compared to thin mattresses.

Mattresses with a comfort layer of at least 6 inches thick should suit plus-size sleepers (weighing 200 pounds or more).

Even with weak slats, having these thick mattresses redistribute pressure and relieve some of your weight from the bed frame. 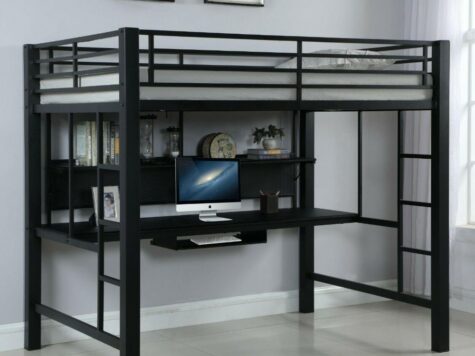 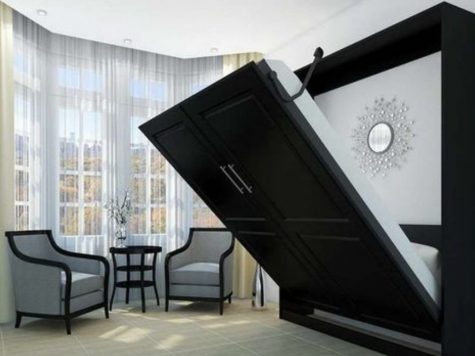 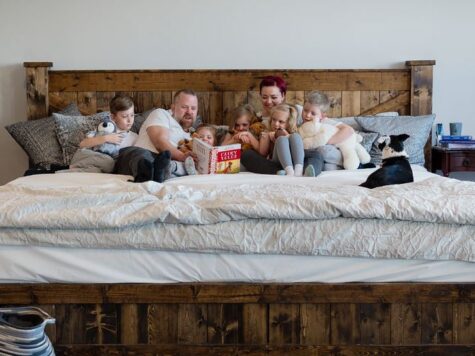