Home
Bedding
What Attracts Bed Bugs? (Includes What Do Not)

We’ll discuss things that could attract bed bugs into your home in this guide.

Bed bugs crawl at night and mount your bed as you sleep in order to feed on human blood in silence. But, apart from blood, what attracts bed bugs?

Bed bugs are drawn to warmth, blood, and carbon dioxide rather than dirt and grime. Clutter, on the other hand, provides further hiding places.

So, yes, your breath will attract bed bugs.

The reason that bed bugs are drawn to humans is that we emit carbon dioxide. This annoying little bug often prefers to settle in areas with elevated carbon dioxide levels.

The majority of the time, bed bugs bite people when they are sleeping. Since you just make little motions, the carbon dioxide in the air around you is trapped in a cloud.

It has nothing to do with what people breathe; they’re drawn to carbon dioxide because it’s a good indicator of the existence of a larger organism (such as a human), so they’re simply following the “scent” to their food (in this case you, or whoever happens to be in the bed)

Bed bugs aren’t attracted to dirt or grime; instead, they’re drawn to the warmth of our bodies! Since humans produce heat and warmth, bedtime is like a gold mine for bed bugs in terms of warmth.

This also explains why the areas around our beds, especially the headboard, are the most vulnerable to bed bug infestation in the room.

Bed bugs are nocturnal creatures that prefer to be in the dark. According to a recent study, bed bugs are attracted to certain colors, especially red and black. Since these colors resemble two things they are often drawn to: darkness and blood.

Bed bugs are drawn to dirty laundry because it contains the scent of a human being. They are not actually attracted to dirt because dirt does not attract them.

Even if a dirty room does not necessarily attract bed bugs, it does provide several more hiding places for them.

In any case, dirty laundry contains germs and bacteria that are toxic to your health and unsanitary for sleeping and resting in at night, so it’s a good idea to eliminate these poor housekeeping habits.

Wang and his colleagues found that baited pitfall traps can be used to help detect bed bugs and test the efficacy of bed bug control programs in a study they conducted. Bed bugs that were not discovered by visual inspections in apartments were caught in traps baited with CO2 and chemical lure.

Mixing sugar, yeast, and water into a solution that is then propped up in an upside down dog bowl is a popular DIY bed bug trap. The plan is for the mixture to release carbon dioxide, luring bed bugs into the bowl and causing them to fall inside. This method is only effective on rare occasions. The texture of the bowl has a major impact. If the outside is grippy enough for bugs to crawl in, but the inside is smooth enough to catch them.

This isn’t going to get rid of bed bugs completely. They reproduce easily. And if you catch a few bed bugs in a single night, there might be plenty more that the trap missed. Since a pregnant female can lay up to 500 eggs in her lifetime, she can start an infestation.

In an occupied space, the trap could not work. Bed bugs are much more attracted to humans than carbon dioxide. Not only can you breathe out CO2, but your body also generates a lot of heat, which the trap does not. The presence of a person attracts bed bugs more than any trap. Bed bugs continue to bite. Even if the trap is set, the bugs will always bite. The first symptom of a bed bug infestation is bites.

There are a variety of commercial traps or deterrents that can help with bed bug infestations. Verfi and Nightwatch are active sensors that are designed to see if you have a problem in the first place. Another trap that is more effective in an inhabited space is the ClimbUp Interceptor. The best way to get rid of bed bugs is to hire a professional pest control company. They can effectively eliminate any bed bug infestations and keep them from returning.

What are bed bugs not attracted to?

If you wake up in the middle of the night and switch on the lights, bed bugs can flee as quickly as they can and hide.

You will never see bed bugs during the day because of light.

Important: Sleeping in a brightly lit room will not prevent bed bugs from coming out. Although bedbugs prefer darkness, leaving the light on at night will not prevent you from being bitten by these pests.

2. Cleaning chemicals such as ammonia or bleach

Bed bugs are not attracted to cleaning chemicals or natural hormones created by humans and animals.

Scientists assume that no popular household products, such as ammonia, bleach, or fabric softeners, attract these vexing pests.

Bed bugs, on the other hand, are drawn to a chemical that they generate themselves: histamine, according to recent studies by Dr. Regine Gries.

Histamine is produced by humans, but only in response to certain immune responses. A bed bug would not be attracted to you if you have an allergic reaction. However, histamine accumulates in the skin and urine of bed bugs, alerting others to safe areas. Dr. Gries’ lab discovered that when histamine levels rise, other bed bugs recognize that the area is healthy and has food.

This is bad news for people who already have large infestations, since they can grow much larger as a result of this (think snowball effect). People who do come across the occasional bed bug, on the other hand, know to kill the population as soon as possible to avoid histamine buildup.

The following is a list of stuff that do not attract bed bugs:

None of all the blood groups A+, A-, B+, B-, O+, O-, AB+, or AB- do attract bed bugs.   Some people claim that these blood types will influence whether or not a person gets bed bugs. However, the insects do not show preference for certain types of blood groups.

There is currently no credible evidence to support the theory that bed bugs feed on specific blood types. Despite the fact that this idea has begun to circulate on blogs, there is no evidence.

Following a study that showed bed bugs don’t like blood mixed with alcohol, several online news outlets published stories. This may indicate that people who have recently consumed alcoholic beverages are less likely to attract bed bugs. This isn’t to say that you can drink more, but it does help experts come up with new ways to fight a common pest.

Bed bugs feed on human blood. As a result, they are drawn to living beings such as humans, dogs, and cats.

These pests will not enter a home if there is no human food available.

How do you stop bedbugs from biting you?

It’s much easier to prevent bed bugs than it is to get rid of an existing infestation at home. This is a list of bed bug prevention tips that you can use based on the items that attract bed bugs!

1. Having well-ventilated rooms at home is important. Even, stop putting plants in a room because they affect the amount of oxygen and carbon dioxide in the air!

2. Use a quilt or blanket to cover any exposed skin. This way, you won’t be a priority right away.

3. Washing and drying bed sheets, pillowcases, and blankets on a daily basis at high temperatures. Temperatures between 117 and 120 degrees Fahrenheit are ideal for bed bugs.

4. Using light-colored bed sheets, such as green, yellow, and white, not only brightens and freshens the room, but also serves as a deterrent to hungry bed bugs.

According to EPA, pesticide applications alone will not easily eliminate bed bug infestations.

Only a treatment plan that involves a range of strategies, as well as close monitoring, will keep bed bugs under control. The proper application of pesticides is an important part of the plan, but it will not kill bed bugs on its own. Furthermore, bed bug populations in various parts of the world have gained resistance to several pesticides’ methods of killing pests. Some products and implementation methods cannot work if you’re dealing with a resistant population. If you have bed bugs in your house, you can contact a certified pest control professional.

Only a treatment plan that involves a range of strategies, as well as close monitoring, will keep bed bugs under control. The proper application of pesticides is an important part of the plan, but it will not kill bed bugs on its own. Furthermore, bed bug populations in various parts of the world have gained resistance to several pesticides’ methods of killing pests. Some products and implementation methods can not work if you’re dealing with a resistant population. If you have bed bugs in your house, you can contact a certified pest control professional. 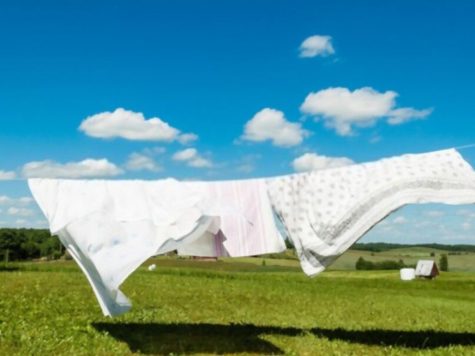 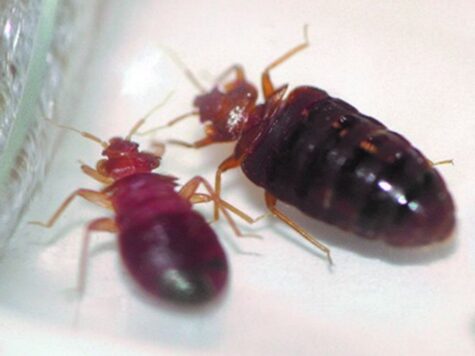